No items found.
Go To Packages
Product is not available in this quantity.

"Head Beat" is an interactive AR music effect that prompts users to tilt their heads in various directions, allowing them to make their own sick beat! 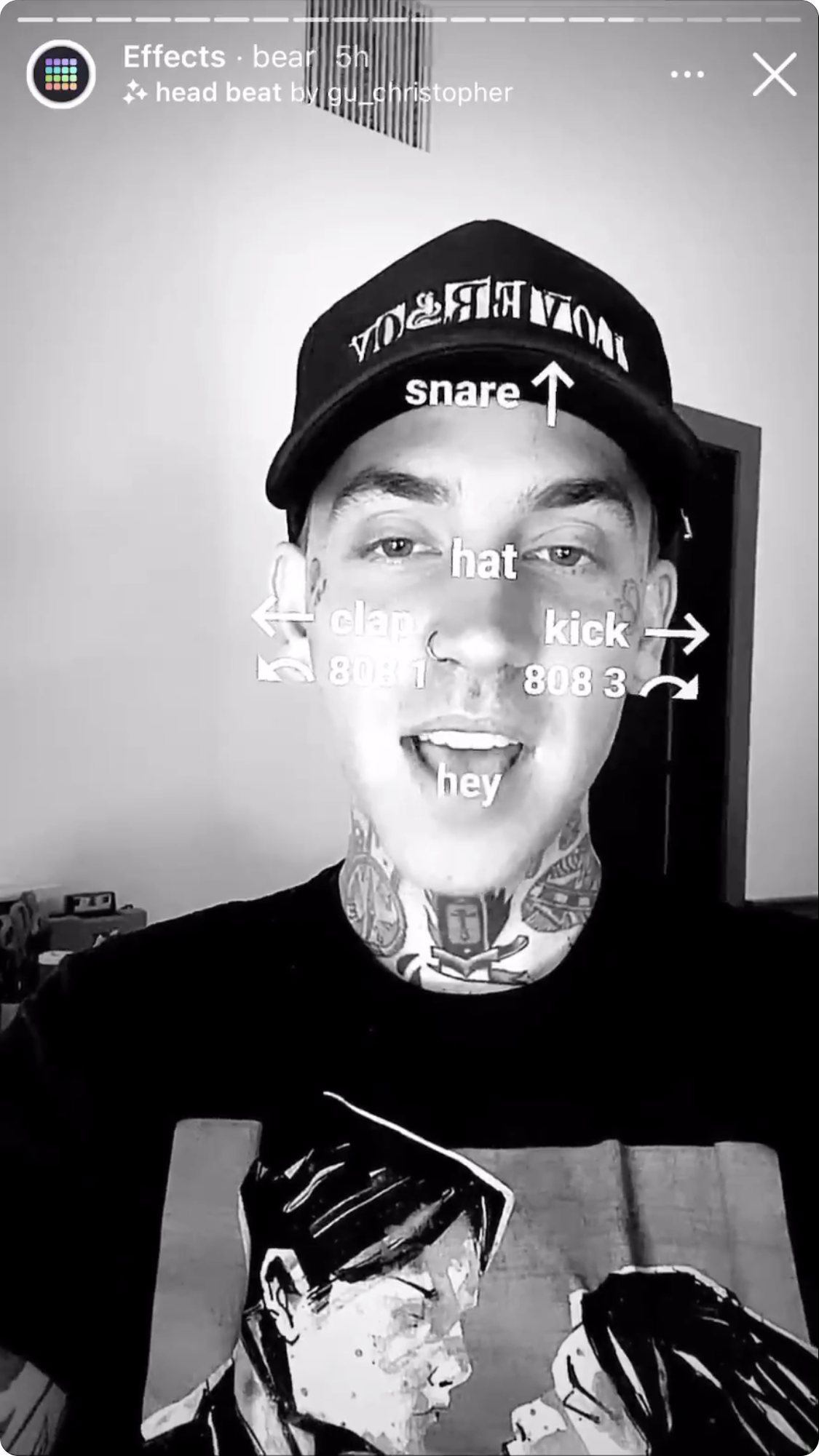 "Head Beat" is an interactive AR music effect that allows users explore their creative side by making their own beat from 7 head interactions: turn left, turn right, tilt left, tilt right, tilt back, mouth open, and blink. Though the filter is challenging to use, the end result is worth it! "Head Beat' achieved peak virality when musicians on both Instagram and TikTok scrambled to showcase their own sick beats! Even TikTok decided to jump aboard and took inspo from "Head Beat" to create their very own "Face Musician".

During quarantine, we purchased a Casio keyboard piano and spent quite a few hours playing songs, but also messing with the settings. Over time, we ended up creating some pretty dope beats. Because it was such a nice creative outlet for us, we thought "why not translate that experience into a filter?" And thus the idea was born.

Initially, our idea was to create a virtual "drum pad" that users could use by tapping on the screen. However, this wasn't a great user experience because of the screen size of most phones. WIth this realization, we pivoted to using the built-in face interactions that Spark AR (the tool used to create AR effects for Instagram and Facebook) provides to activate and play each sound.

Because there are a limited number of simple head movements, we had to be specific with what sounds to select. As you can see in the image below, there were too many to choose from. Ultimately, we moved forward with the most common and versatile ones that we believed both general users and musicians would recognize. This decision makes the "learning curve" less steep as the intended target user is already familiar with aspects of the effect.

‍Color and Icons as Feedback

‍In our opinion, color and intuitive icons are the fastest methods to give feedback to users. Changing the background color of the text to indicate that specific sounds have been "activated" and "played" in combination with icons indicating the direction of head movement makes it extremely intuitive for the user to understand how the game works and keep up with what is happening. And because of the software limitation, where audio was not allowed to play during recording, the colored text was the next best cue for users to know they had activate sounds.‍

Every visual element in the filter (text and icons) exists only to convey useful information to users. We made the design choice to only have text and icon elements so that users don't have to waste time figuring out what to do during the game. There was no need for instructions or any other decorative element.‍

The best filters tend to be those that can be used over and over again. It's a lot more fun when users can keep replaying the filter with a different experience each time.

Having a high replay value also helps to boost the virality of the filter. More times played per user means more stories and videos posted and higher changes of their followers discovering and using the filter.

So what was the reason that users continued to replay "Head Beat"? Not only was it challenging and rewarding to use, users were able to make a unique beat each time they replay! And watching them make it was entertaining af!

This filter was also featured in a few places:

Send us your idea today!